O Christmas Tree, O Chri— What?!!? Some of us are still appreciating it!

It’s January 8 and my Christmas tree is still up.

It’s the first year I can say that. I always aim to leave it up until January 6, partly because it’s Twelfth Night (also known as Kings Day, the opening day to Mardi Gras season here in New Orleans) and partly because I just like having the thing up. It’s like my wedding dress. I elected to wear it throughout my entire reception and exit still draped in all its regal glory via a horse drawn carriage in the middle of the French Quarter. Why change into a stupid travel suit? You only get to wear that dress (hopefully) once in your lifetime.

And you only get to host your tree for a short time each year.

Truth? I get a little weepy whenever I think about this tree being the only one that will ever belong to 13-year-old Dean and 10-year-old Vivien. They both just love it … the selection process, the decorating, Vivien even names ours every year. This year’s model is Rosemary. And she’s beautiful, isn’t she? Still green and retaining most of her needles. 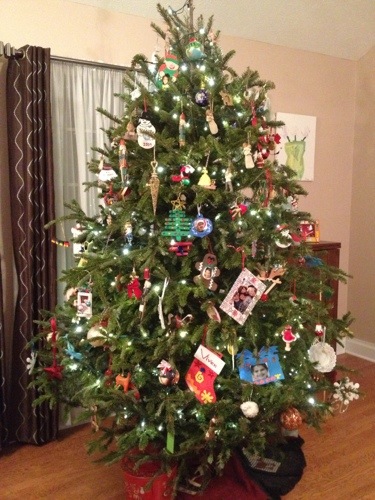 Standing at almost nine feet, “Rosemary” is a proud Frasier Fir if I’ve ever seen one.

And then there are the ornaments. Not one of them could be worth more than a few dollars. But they’re invaluable to me, creating a time capsule of my life. I’m eternally grateful that the box containing them was stored high in my attic (the side that retained its roof) for Hurricane Katrina.

Here are just a few more of the reasons my tree is still up. For the time being. 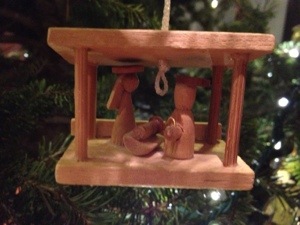 One of my favorites from my childhood. I’m pretty sure I took it without asking. Oops. (Sorry, Mom.)

Another one I literally stole from my parents. It’s just a simple little guy made of pipe cleaners and paper … but it’s the hands down favorite to hang on my tree each year. Dave and the kids literally squabble over who gets to do the honors every time.

Yes, it’s a nun. Back when I had the luxury of spare time, I used to do a lot of community theater. One such play in which I was involved was The Sound of Music and one of my cast mates made and gave these out on opening night. That individual’s name, character and even gender totally eludes me now. (Thanks, nameless cast mate.) 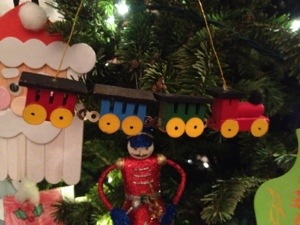 From an old boss at one of my very first jobs.

Because we were married at Christmas time (many years ago) and thus were given a great many ornaments that December.

One of our favorites given to us at our ornament shower that year. I have no guesses as to the identity of the giver. Thanks, generous family member or friend from my past.

(Related: RIP Dansk Gooney Chicken Ball ornament given to us at that same party. She finally succumbed to holiday decorating this year. Thanks, Becky and Rich. It served us well.) 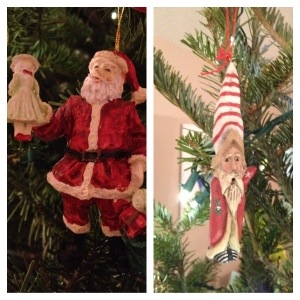 And then there were all the cute little Santas my dad gave us that holiday season.

And these toy soldiers. There were originally six of them but one bit it a few years ago. Thanks, Aunt Jackie. We still love them.

This one was handcrafted by my mother-in-law. She had three boys.

And this one was brought to us all the way over from Spain. Barcelona, I think. Thanks, Heather and John. 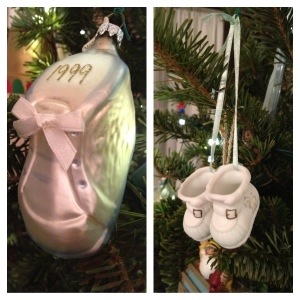 When we became parents, our tree reflected that life change immediately. 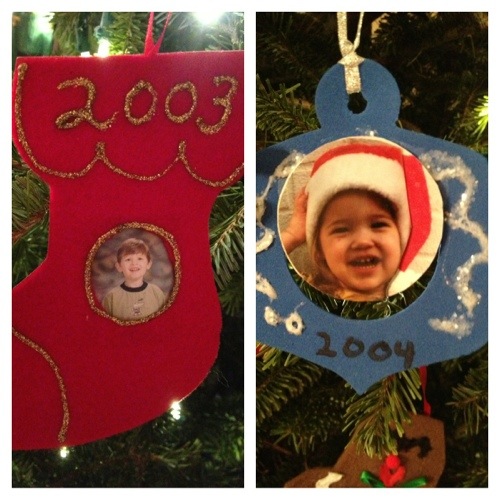 More than half of what’s hanging on my tree today was created by two very special little artists.

One of our newer, Vivien-crafted favorites that rivals piper cleaner Santa (see above).

It ticks Vivien off every year when I hang the tie-dyed paper angel she made me in PreK rather than the “perfect,” store-bought one we received as a wedding gift so many years ago. One day, when you’re a mom, you’ll understand, my girl.

And if they didn’t make the ornaments, they chose them.

Or Dave and I lied and said they did.

Some are merely inspired by my little people. This one comes from one of my boy’s catchphrases as a four-year-old, only his was “It’s not about the presents.”

From where Dean serendipitously attended kindergarten during our year as refugees living away from New Orleans after Katrina.

And an old favorite made even more special because it contains a reindeer bell left on our front lawn a few years ago on Christmas Eve by Santa and his magical crew.

Special family ornaments on the tree for each of my kids. The inspiration for the one on the right. 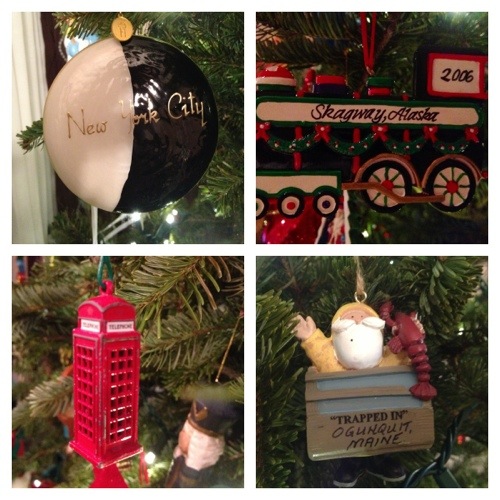 And a few family vacations …

… and because you have to support the home team … 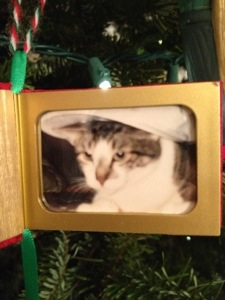 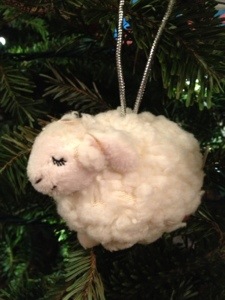 No, we don’t have one for Herve yet. So Vivien decided this chubby little sheep looks enough like a hamster that it can represent him for now … 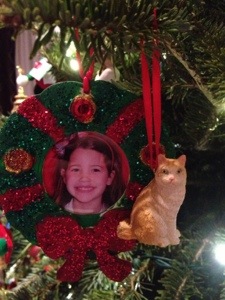 … which probably really burns Herve because Milo actually has TWO ornaments on the tree. 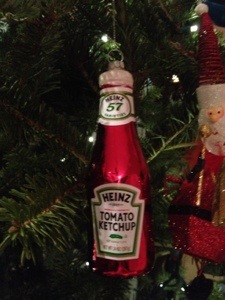 Oh, and a new favorite given to me by my friend and partner-in-writing-crime. Thanks, Mel.

I’m sure we’ll get to taking the tree down soon. But … for now … I’m just going to enjoy her memories, her distinctive scent and the soft light she casts in my living area whenever she’s illuminated.

This entry was posted in Uncategorized and tagged christmas tree still up in january, ornaments from vacation, special ornaments. Bookmark the permalink.

23 responses to “O Christmas Tree, O Chri— What?!!? Some of us are still appreciating it!”