The Ghosts of Halloweens Past (Friendly ones, like Casper and Patrick Swayze)

Six days ago, I wrote a post promising you guys an ODNT Halloween retrospective. And far be it from me to break a promise. (cough) But there were a lot of pictures to assemble. It was a real project. The first part of which was easy. I literally did it all from my phone. Then came the archaeological digging. I dove deeper and deeper, often using a miner’s helmet to light the way, into old, antiquated boxes of disorganized pictures and assorted memories. I even sent in a canary at one point and, when he flew back out, I deemed it safe to continue.

Once inside the  dusty photo boxes stored high on the shelves of my closet, I found pictures that were so old they actually predated digital photography. The photos were blurry and riddled with closed eyes, unready subjects and missed moments. There were even plastic strips of photo negatives in the little white Walgreen’s envelopes. (shudder)

Of course, none of this archaic nonsense means that *I* am old. It just means my kids are. Funny how it works that way, isn’t it?

Happy Halloween, everybody. Be safe tonight! 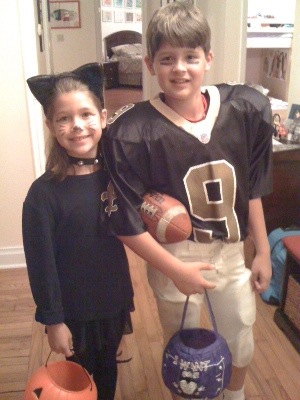 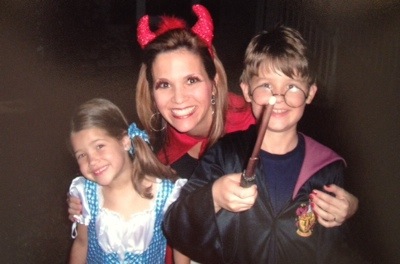 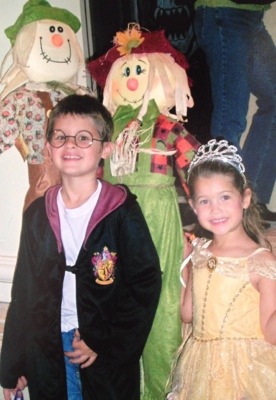 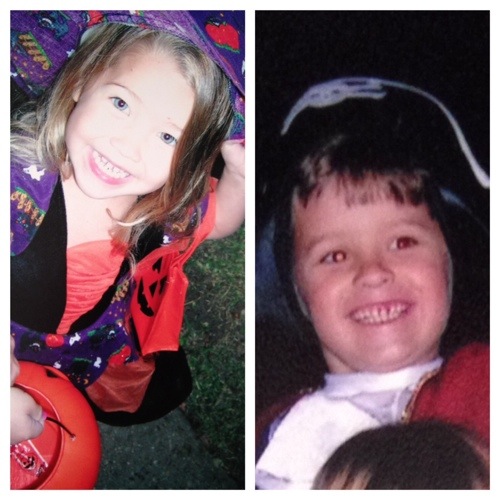 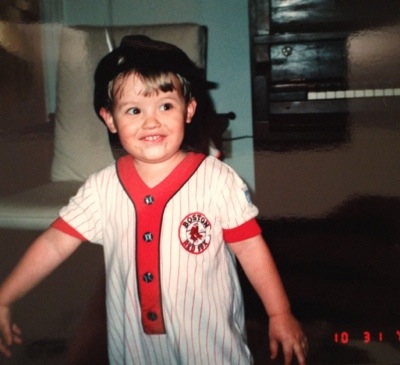 ODNT Tip for a Happier Halloween:

Remember, when given the choice between cheap, seasonal gummies or a chocolate bar, always go with the chocolate. Especially if it’s a Twix bar. That candy crunch has saved my life. More than once.

This entry was posted in Uncategorized and tagged old halloween pictures of my kids, thumbing through old family photos. Bookmark the permalink.

7 responses to “The Ghosts of Halloweens Past (Friendly ones, like Casper and Patrick Swayze)”