Looking for a new way to connect with your kid? How about performing together?

Tell the truth. It just wouldn’t be summer without a blog post from me about doing a play with my daughter. Right? (tapping you insistently on the shoulder … because my inability to post consistently has caused me to lose your attention)

Remember when we did Joseph (and his Crazy Wild Funky Dreamcoat) or Elvis Presley’s everybody’s-in-love-with-everybody-even-across-gender-lines All Shook Up. Doing those plays together created some of the best memories I’ve ever made with my girl. Which is why this summer, together with about 70 other talented people, we took on Shrek the Musical. I played a witch (specifically the Wicked Witch of the East) as well as Queen Lillian, Fiona’s mother. Which is weird because Vivien (my daughter) actually played Fiona. Well, she played TEEN Fiona. If you’ve ever seen the show, Fiona is depicted at three ages: child, teen and adult. Viv’s role was in the middle.

Here she is with her other two selves performing their signature song:

Seriously, how good is my kid?

One of the biggest numbers in the show is entitled Let Your Freak Flag Fly. The message is simple. BE who you are and, more importantly, EMBRACE who you are. I like that a lot … probably because I pride myself on being someone who doesn’t always quite fit the mold. (Don’t we all feel that way sometimes? Please just nod politely.)

YOU: But, Michele, do you have pictures?

ME: Are you kidding?!!? I actually started a Photo Circle with the entire cast and crew. Which means I have exactly 827 pictures … and counting. But don’t worry. I’m just posting a few.

The three lovely faces of Fiona

Action shots (thanks to the friends who took them for us!)

Some of Viv’s besties came to see her. (Yes, that’s Nutella in her right hand.  Now THAT’S a friend.)

And some of mine came, too. (XOXO)

So many incredible people in this show. 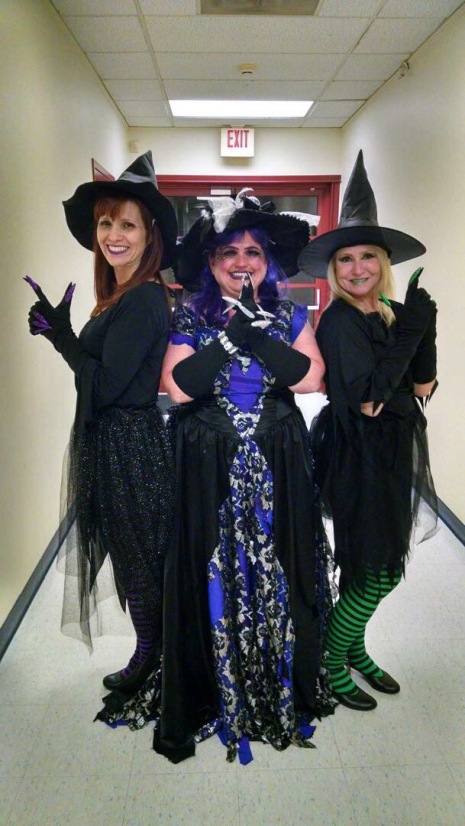 Who says witches can’t be angels? 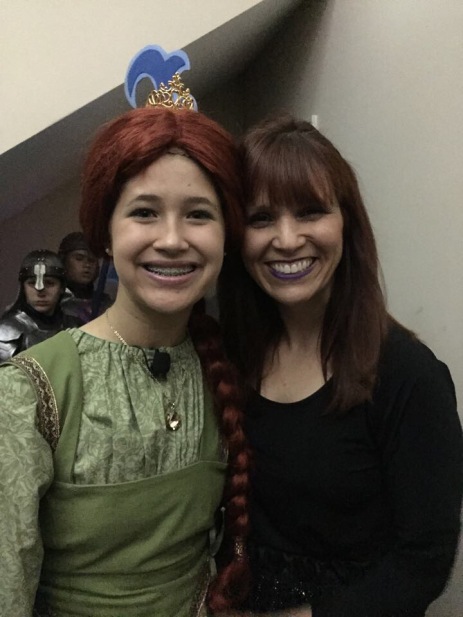 As always, I loved every single minute of it. I’m so proud of you, Viv.

This entry was posted in Uncategorized and tagged let your freak flag fly, shrek the musical, summer play with my daughter, teen fiona, wicked witch of the east. Bookmark the permalink.

11 responses to “Looking for a new way to connect with your kid? How about performing together?”