The Trip to DC with My Girl … in Pictures!

My girl and I just got back from her class trip to DC. We actually got home late Tuesday night and have literally been holed up ever since. The trip was fantastic. We accomplished more there in four days than could ever have been possible had I been in charge. (Thanks, Mr. Hill.)

To name only a few of the highlights:

The Pentagon Memorial, The Korean War Memorial and The Washington Monument 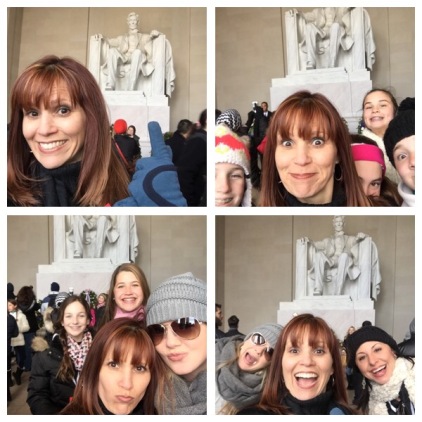 Selfies with Mr. Lincoln (my apologies for the occasional decapitation)

… where (as promised) we froze our butts off.

Followed by the requisite puppet show on the bus spoofing Dirty Dancing with our founding fathers. “Nobody puts Martha in a corner.”

The Smithsonian museums where we saw priceless relics like Abe’s hat, Dorothy’s slippers and Archie’s chair.

Oh, and these amazing people who drove an hour to visit. (Love you, Bugaj family!)

The Berlin Wall at the Newseum, The Holocaust Museum and The Library of Congress 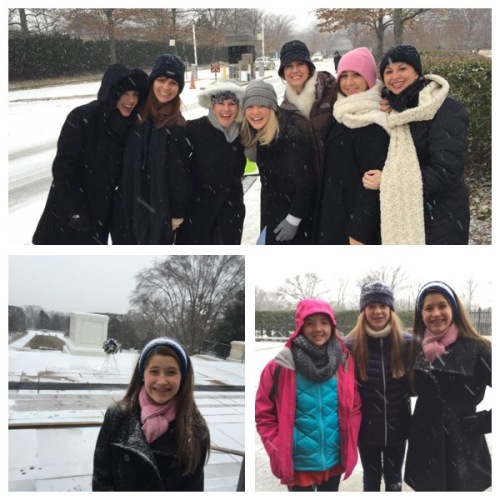 Arlington Cemetery, where we watched the Changing of the Guard at the Tomb of the Unknown Solider … in the snow!

The snow kind of took over at that point.

The U.S. Marines Memorial, The White House and the tallest man in Washington DC, unofficially. 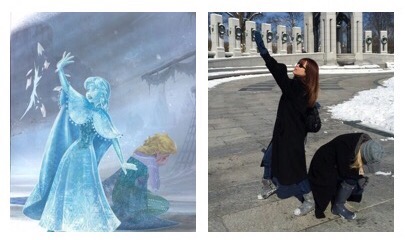 A hauntingly beautiful picture at the National Portrait Gallery that captured us all. Plus my pitiful attempt to “Ferris Bueller” it. 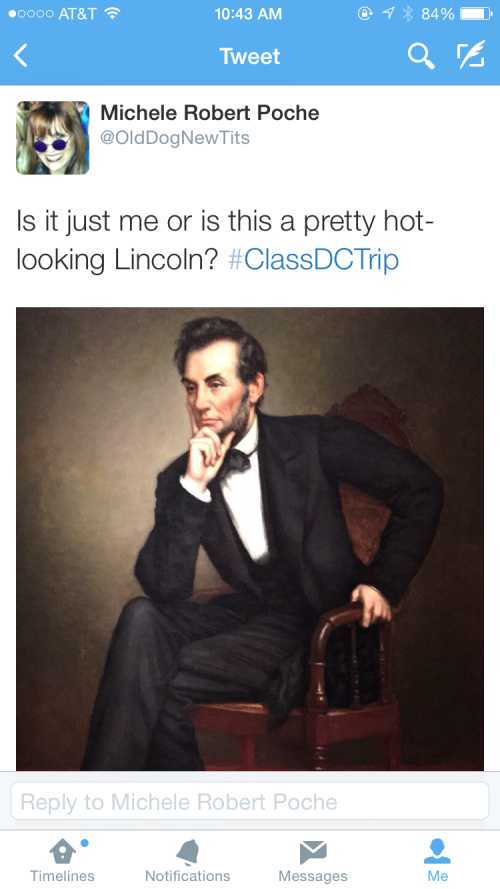 Hands down, the hottest picture of Lincoln I’ve ever seen.

Yes, for those who have been with me a while, I did take this same trip a few years ago with my son. And it was equally enjoyable, informative and enlightening.

However, there was one significant difference between that trip and this one.

Southern girls just aren’t built for that kind of cold.

My sincerest thanks to World Strides, Richard Hill and all the SCS parents and kids who came on the trip with us. Viv and I made memories that we will never forget.

MamaKat writing prompt: Something that made you smile this week.

9 responses to “The Trip to DC with My Girl … in Pictures!”