EIGHT Reasons My Dad is the Best

1. Because of all the trips to Buds Broiler, a local burger joint, that we took with my brother when we were kids.

2. Because whenever he sees something he thinks I’ll like on TV he picks up the phone and calls to tell me so I won’t miss it.

3. Because he’s hands down the most patient person on planet Earth. I can remember forgetting a textbook after a visit home from college one weekend. “No problem,” he said, climbing into the car to drive 80 miles to hand it to me then immediately drive the same 80 back home. Late on a Sunday night. When he had to wake up at 5am the next morning.

4. Because he still dances at every wedding he attends.

5. Because he taught me everything I know about math. Never mind the fact that it’s not much. MY fault, not his.

6. Because he took me to see Rick Springfield over an hour away from home when I was only in 7th grade.

7. Because he took me again to see Rick Springfield 20 years later right after I became a mom and was starting to go a little stir crazy.

8. Because he loves my children like they’re his own. 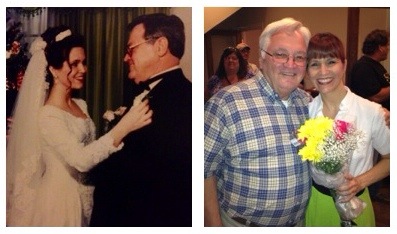 Since Father’s Day is tomorrow, we’re ‘Ketching Up’ with dads this time around. I’m hoping that everyone has a good father figure in their lives somewhere. Even if he’s just a TV character. And we want to hear about him. The prompt is very loose. Interpret it however you like. I’m lucky. The choice for me was easy …

Dada, Daddy, Dad, Papa, PapaMan, PapaManSure (don’t ask) … he’s been called a lot of things over the years. And he answers to all of them. Because he’s always there, always willing and always able. “He’s the most patient human being on the planet,” says my mother.

Taken 6/13/13 on opening night of Joseph & the Amazing Technicolor Dreamcoat.

For a quick explanation of this link-up, click here. In short, Mel and I will post a picture or video with a writing prompt on the 1st and 15th of every month. You can write your entry in any form. We love creativity. And, with each prompt, we’ll feature a writer from the previous link-up. Which reminds me …

Our esteemed Ketchup With Us Featured Writer for today is …

The rules are … THERE ARE NO RULES! Just guidelines. And we’d love it if you posted our button and followed us on Facebook (Michele /Mel) and Twitter (Michele/Mel).

In 57 words or less, tell us a story about a great dad in your life, fact or fiction. 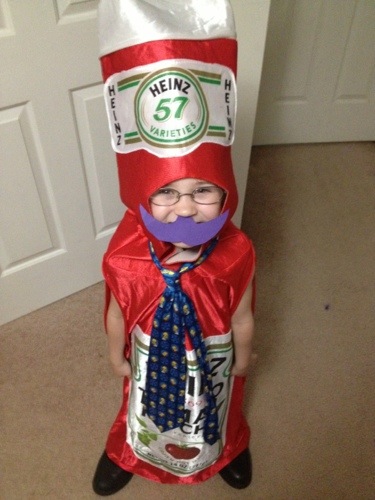