Today, I am thankful for … well, you’ll just have to read it (Trifecta)

Today’s post is simple. It’s for Trifecta. Their instructions this weekend are perfect for me.

My kids and I are moving back home from our hurricane evacuation today … “Dave-lessly.” And before you want to kill him for leaving during a hurricane, know that it was for work and it was completely unavoidable. He was destroyed about leaving. Truly, I was a little nervous, too. And I think my boy, Dean (now nearly 13), must have sensed it all … because he has been AMAZING in his dad’s absence. As in brings-tears-to-my-eyes amazing.

And here I was thinking he was just a punky kid.

He has helped my parents clean up their hurricane-ravaged yard (a Herculean task, I might add), helped my neighbor with her kids during the power outage and helped me on countless occasions before, during and since the storm. WITHOUT ME EVEN HAVING TO ASK!

So when I read the Trifecta prompt this weekend, I knew my subject immediately.

In three words I can sum up everything I’ve learned about Dean — Becoming a Man.

I love that kid. The one who made me a mom.

I made another Brite flip book today called Things To Do in an Extended Power Outage. Today marks our fourth day as an unplugged city. And the old dude sitting with a big ‘DAY FOUR!’ sign by the interstate is making sure everyone knows it.

But I’m one of the lucky ones. Lucky because I have a brother in town who has power. And we’ve been cooking in his oven, showering in his bathtubs and sleeping in his beds since Thursday. Still, I know what it feels like to sit in a hot …. dark … deathly quiet house during a power outage for no-one-ever-knows-how-long. It’s no fun. You make the most of it in the beginning with flash light games and general tomfoolery. (Yes, I said tomFOOLery.) But after a while, it becomes too hot to sleep at night. And the painfully still air in your home becomes stale and difficult to breathe.

So, with the extra time I’ve been given this week, I’ve been writing my ass off. Which doesn’t show at all because I’ve also been eating and drinking like a pig. I’m from New Orleans. It’s what we do. Especially during a hurricane.

Anyway, I’m tired … and feeling unwitty … so without further ado, I give you my latest goofball creation. CLICK THE IMAGE BELOW to view my collection of utterly useless, totally unhelpful but hopefully at least humorous Things to Do in an Extended Power Outage.

Ironically, as I wrote this post, my neighbor texted me with the following message: “WE HAVE POWER!!!” So … we’re going home tomorrow. (Did anyone else just hear my brother yell ‘Woohoo!’?) My stir crazy kids are anxious to be reunited with our beloved pets, Milo and Herve. They stayed back at the house because my brother is allergic. And also because we remained local. I would never leave them behind if we left town.

The cover of today’s Times Picayune

My heart goes out to everyone still without power. Among them are my parents. If any of my NOLA peeps wants to come sit in the A/C and suck on some ice tomorrow, call me.

The Post I Couldn’t Bear to Publish Until Today

I made another Brite book. Originally, I created it to observe the 7th anniversary of Hurricane Katrina and had planned to post it on Wednesday, August 29. But when Hurricane Isaac started bearing down on us so heavily a few days ago, I decided to sit on it for a while. It just didn’t seem right to put it up where so many people I care about would read it. I could not be responsible for creating any more stress than what was already suffocating the city.

So now, with the recent storm finally behind us, I want to share my latest Brite entitled Katrina – Seven Years Later. I’m so glad things turned out differently for most of us this time. My heart goes out to those of you who weren’t so lucky. I cannot WAIT to have power restored to my home as well as to the many others affected by the storm. Oh, and I want to thank my brother for allowing the kids and I (and soon very likely my parents) to take over his air-conditioned home for who-the-hell-knows-how-long. Thanks, Jeff. I’ll bring the sausage bread, Cheez-Its and Old Rotterdam Aged Gouda. Love you.

(Click the image below to view the Brite book.) 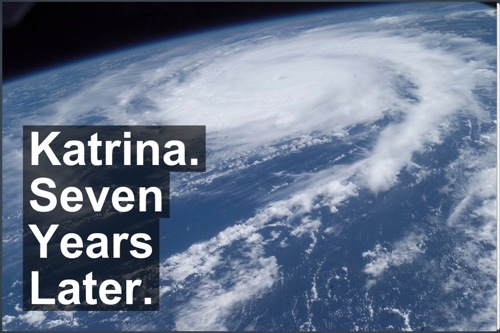 Editor’s Note: The Toilet Story mentioned within this Brite Book is a true tale inspired by the aftermath of Hurricane Katrina. Click here to view it.

Thanks, Britely, for selecting my Back to School ABCs Brite as your winner last week. And thanks to everyone here for visiting and voting. With all the storm anxiety pumping through my veins, this week was a great one for good news.

Blogging from Inside Hurricane Isaac

This is Michele’s friend, Mel.  As most of you know, she is currently dealing with no power and very spotty cell service due to Hurricane Isaac.  She wrote the following post, but couldn’t get it to publish, so she handed over the keys to the ODNT Palace.  I guess this is like me coming in to feed Milo and Herve … and having some cheese from the fridge.

Oh! Just one more thing before I hit the road.  If you haven’t seen her latest two posts, they are  must reads. The first is ‘A Letter from Katrina to Isaac‘ and  the second is ‘The Toilet Story (“inspired” by Hurricane Katrina).’ You all are in our thoughts,  friend!

Now, without further ado, I give you Michele’s post …

This post is going to be messy as it’s being fully generated from my phone.

Generated. God, what I wouldn’t do for a generator. How big are they anyway? Maybe I should ask Dave to stuff one in my Christmas stocking.

We lost power last night at quarter ’til nine so it’s been over eighteen hours ago now. That means everything in the refrigerator is officially toast. As far as the freezer goes, they say a FULL one will last 48 hours. But who the hell has a full freezer going into a hurricane?!!? We’ve been trying to empty that mother for days. And a HALF-full freezer only lasts 24 hours. So, I’ll guess we’ll be eating peanut butter, potato chips and canned beans for the next few days. Anyone have any recipes they want to share?

When we lost power last night, I had a little moment of clarity. Also known as a minor panic attack. Dave sadly had to leave town for work yesterday. It was one of the hardest decisions he’s ever had to make. And trust me when I say he and I made it together.

To complicate matters further, just as he was about to make his final decision, we realized that one of the pieces of outdoor furniture he brought in to secure the house had a wasp nest in it. And now there were wasps flying through the house so he (with his severe wasp allergy) was running around trying to kill them all and take out the nest before my girl (and her crippling fear of wasps) caught on. I honestly think that he was so angry about the whole situation that he killed all the wasps with his bare hands and feet.

And then that was it. It was the final straw. He wasn’t leaving. He wasn’t getting on a plane. This whole scenario was completely insane. He just couldn’t bring himself to leave us as a Cat 2 hurricane was looming. Until he realized he’d be costing so many other families the income generated from this project. So he went. Very reluctantly. And I assured him we would be fine.

Which we have been so far. Except for the fact that last night’s power outage turned me (and NOT my kids) into a squirrely five-year-old who immediately called my neighbor, also home alone with her two kids. And she invited us to spend the night.

The kids and I have never packed faster. We threw a change of clothes, toothbrushes, pillows, a cot, a few stuffed animals, flashlights, fruit and Pringles (where’s my endorsement money?) into a bag and dashed to her home in the middle of the wind and rain in darkness to hunker down for the night. Our houses are literally ten feet apart but the sprint over was still pretty frightening.

And we’re still here. Everyone took a little something to help with sleep last night and now we’re all just up staring out the windows … waiting and listening for what will happen next.

I still can’t believe it’s hitting again on August 29. And I just can’t wait for it to be over.

Stay in touch with me on Twitter @OldDogNewTits. Thanks, guys. Your support means a lot.

A Letter from Katrina to Isaac (Yes, I mean the Hurricanes)

Please allow me to introduce myself. My name is Katrina and there is not one human being in New Orleans, along the entirety of the Gulf Coast of the United States or around the globe, for that matter, who is not well acquainted with me and my work. However, I will accept that, because you are less than seven years of age and have just formed and organized yourself, you are unfamiliar with my celebrity. A quick Google search should get you up to speed with my resume. Or you may simply click here.

With all due respect, I am writing to request that you back off from your area of target immediately and completely. Not only am I recognized as the sixth strongest hurricane in all of recorded history, I have also been deemed the costliest natural disaster and one of the five deadliest storms in the history of the United States. And I have no intention of retiring any of my titles at this time.

That you have chosen to rear your ugly, inexperienced head exactly one day before the seventh anniversary of my devastation is in severely bad form, my young friend. But then what would you know about these things? You were upgraded to a tropical storm only one week ago. You DO realize that the only reason that people are worried about you, even watching you, is because of me, right? It was I who left that post-traumatic feeling in the city that has exalted all hurricanes since. I am the bar against which all before and after me have been and will be measured.

Move on, little green neophyte. These people have endured enough. They do not need some snot-nosed punk hanging around and distracting them from the seven year reminder of my abominable efforts on August 29, 2005. I will expect to see you and your belongings on the curb waiting for a cab within 24 hours. This point is not negotiable.

I have been asked no less than twenty times what my family is doing for the storm. As always, we are hoping to stay put. We will make the decision as the storm progresses and its nasty details unfold. Having been through these hurricanes my entire life, my stress levels are high at the moment. And I felt the need to purge a little of my internal anger and fear over the entire situation this morning. Everyone stay safe. I’ll be in touch.

Tagged a letter from katrina to isaac, back off isaac, go away isaac, hurricane isaac, Hurricane Katrina